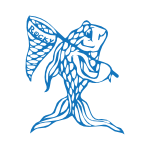 My name is Rocky Morrison and I am the founder of Clean River Project. For many years I have lived and boated on the Merrimack River with my family and friends.

In 2005 when the river was at one of its lowest points, I was not only amazed but disgusted at the trash visible within the banks and bushes of the Merrimack River. There were numerous items, such as car engines, household appliances, furniture, construction barrels, and over 1000 tires, to name a few.

Tired of seeing nothing being done about this problem, my wife and I decided to take action and get involved. We came up with the idea to have a scavenger hunt with our fellow boaters. An event that would be fun and interesting and at the same time help to get the river clean. Boaters who participated in the event were given the goal of retrieving as much debris and trash as possible. We used a point system for the various types of trash to be collected. Those with the most points were awarded prizes donated by local businesses. We also held a raffle for the remaining participants. 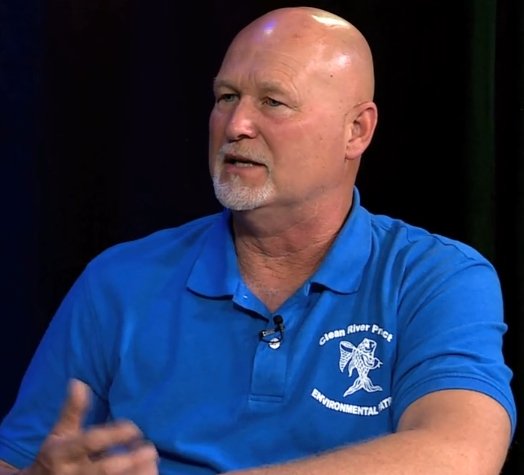 In the end, a grand total of 300 tires, two 30-yard dumpsters full of trash, furniture, car parts, appliances, and more were removed from the Merrimack River. Everyone who was there that day agreed that no one went home a loser. This has now become an annual event that not only has boaters involved, but the whole community as well.

In the summer of 2007 we organized a tire pullout day which turned out 584 tires from the river. Also that summer, a search of the river located 23 cars beneath the water that had been dumped illegally.

With the help of myself and other volunteers, these cars were removed from the water by the Massachusetts State Police as part of a training program.

Since the start of the Clean River Project in 2005, the Merrimack riverbanks have gone from being totally covered with debris to be the beautiful beaches they once were over 100 years ago. This website is a place to learn more about the Project, as well as how to become a part of of our environmental patrol.

Our Mission and Commitment

We are a non-profit organization with a mission of cleaning and preserving a 45-mile stretch of the Merrimack River, a vast river that flows through fifteen cities in northeast Massachusetts. We are the only regional organization cleaning and protecting this expansive river, which is the most vital, dynamic natural resource in this region. The Merrimack River serves as water supply for over 600,000 area residents, it is a popular waterway for outdoor enthusiasts and is the main regional outlet of fresh water into the Atlantic Ocean.

Our mission is to clean, protect, and provide a safer water supply to the people and wildlife in the many cities and towns who rely heavily on a treasured natural resource for drinking water and pleasure, the Merrimack River.

We shall create one collective voice in the future policy, planning, and management of our water by fostering partnerships and working together with individuals, community leaders, area businesses, other organizations, and federal, state, and local governments to create a healthier river, cleaner drinking water, and a safer environment.

Rocky was born and raised on the Merrimack River. His front yard was the 110 highway and his backyard was the river. As a young child he would sit outside and see items floating by and try to guess what they were.

Rocky has always been called to the river. As a young boy he would canoe and see the debris build up in the brush. As a young man he would need to steer his boat clear of all the trash built up along the sandbars.

In 2005, he decided to gather his friends for a scavenger hunt. The goal was to collect as much trash from the river as you possibly could find and bring back to the shore. This small fun idea was the beginning of Clean River Project.

15 years later, there is not much Rocky has not seen along the river or pulled out. 86 cars, thousands of tires, TVs, branches, bikes, trash, car parts, and hypodermic needles; just to name a few.

Rocky’s passion and devotion to keeping the river clean can be felt by any conversation you exchange with him. His knowledge and unmatched tenacity lights a spark in others to come out and volunteer time and time again. His commitment to the Merrimack River is what makes Rocky an outstanding President and CEO.

Keith brings to the table 30+ years of boating experience with a Boating Safety Certificate from the Commonwealth of Massachusetts. He knows not only how to drive all the boats at Clean River Project, but he also helped to come up with ideas on how to build the specific boats needed for the many types of jobs along the river. His boat experience mixed with his extensive knowledge as a Maintenance Mechanic/Electrician helper is a great advantage to CRP.

Keith became a volunteer with Clean River Project offering his spare time to help Rocky with the vessels and planning of events at its inception. He was asked to join the board due to his dedication to CRP which he happily accepted.

Most days you will find Keith on the Merrimack River driving a boat and helping to keep the river clean.

Mike became involved with Clean River Project about 15 years ago when he and his daughter bought a house on the Merrimack River. At the time, he was with the Salem, NH police department as a special police officer.

He would see Rocky along the river cleaning up trees, trash, and other floatables which began a conversation between the two of them. This is how Mike became involved with CRP. He started out as a volunteer helping in his spare time. Mike’s experience as a police officer brought the safety factors and legal guidance Rocky needed to grow CRP the amazing nonprofit it is today. Mike’s 22 years of commitment to community and helping residents was what sparked an interest in asking Mike to become a board member.

Mike has since retired from the Salem, NH police department and is a proud and valuable board member.

Mike has been involved in managing service operations in the electronics and online learning industries and brings business experience from managing teams in a corporate environment.  He is an avid boater and is committed to protecting the environment for generations to come. We are excited to have Mike on our board!

Donate your time and services, while getting involved in our projects!

Because of the nature of the clean-up, Clean River Project appreciates all community help which could help offset the expenses of operating the boats, boat repair, disposal of the rubbish pulled in from the river, and any other extraneous expenses.

All Members are encouraged to come on a boat tour to see the work we do to keep the Merrimack River clean. For more information and details call our headquarters at 978-857-6680.